You are here: Home1 / News & Events2 / Kilmore, Elphin and Ardagh meet for the Diocesan Synod 2017

Kilmore, Elphin and Ardagh meet for the Diocesan Synod 2017 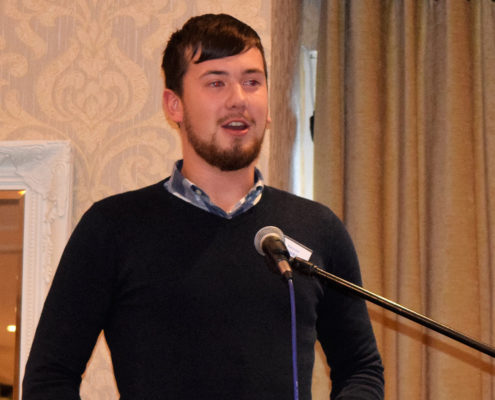 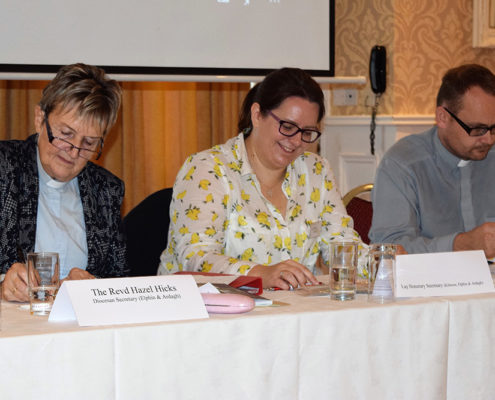 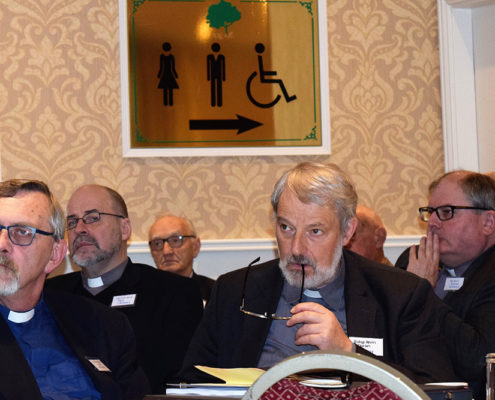 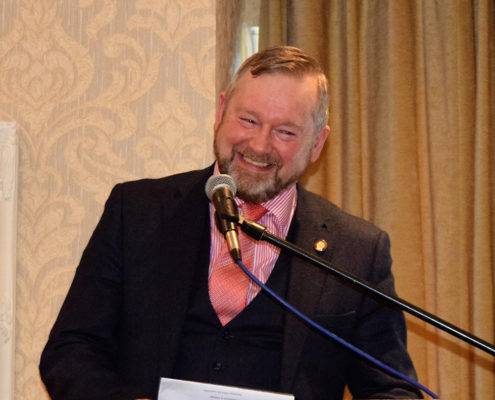 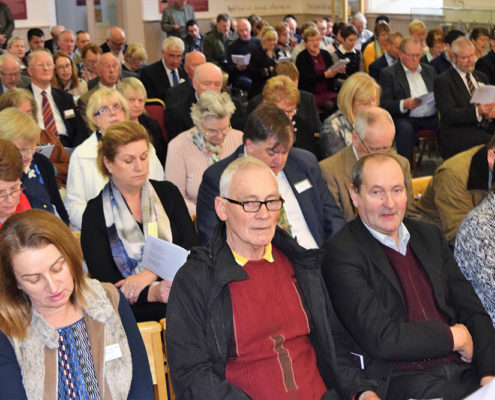 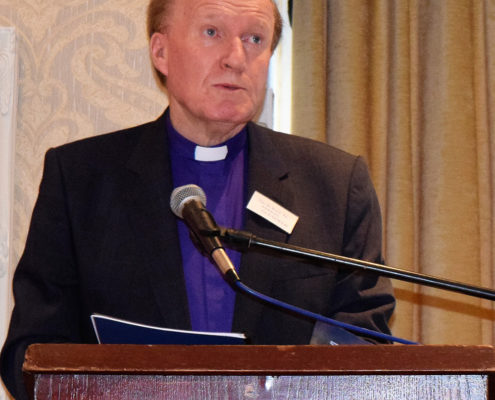 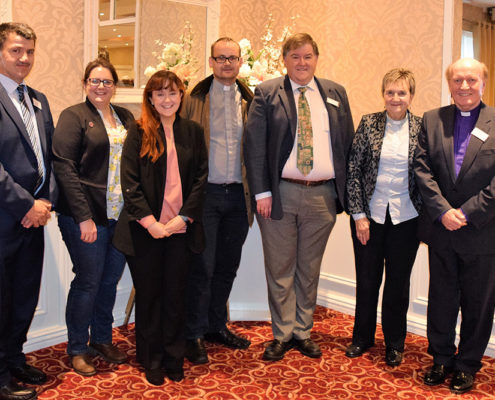 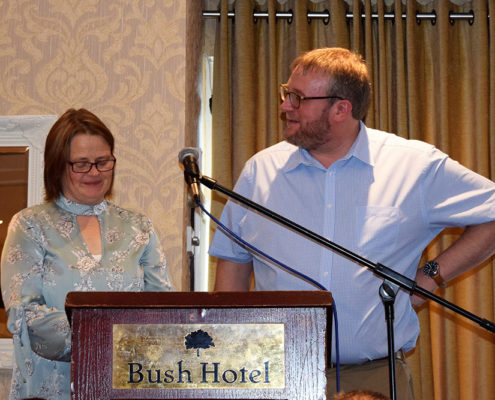 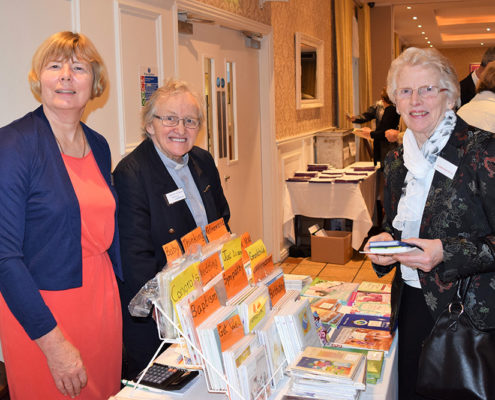 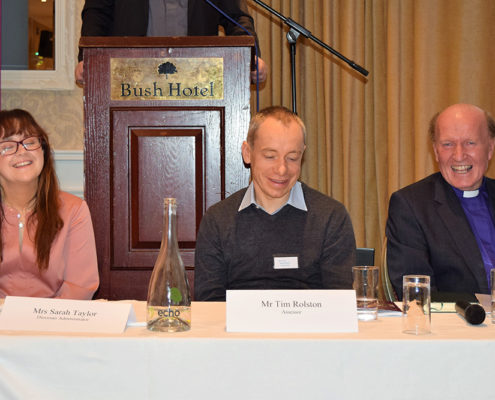 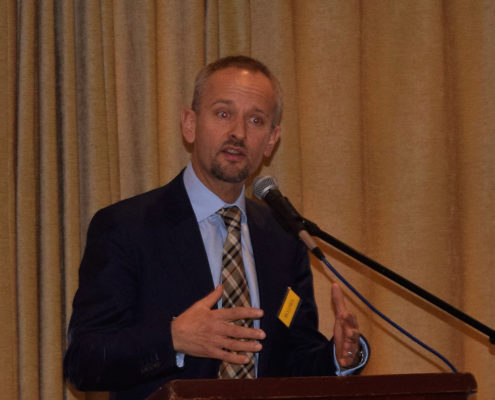 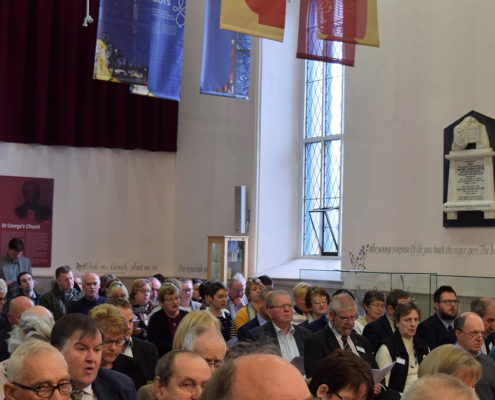 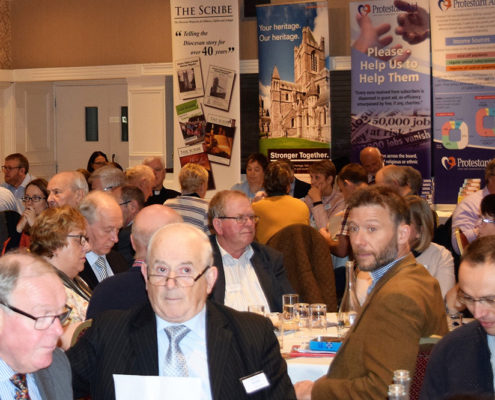 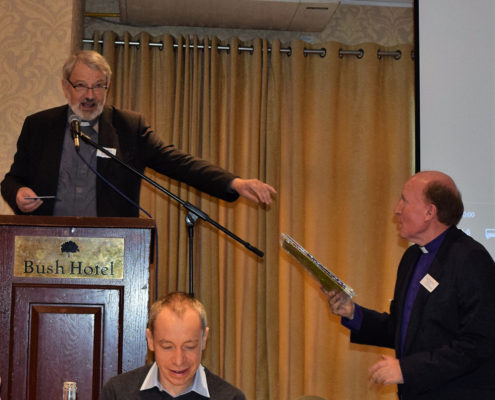 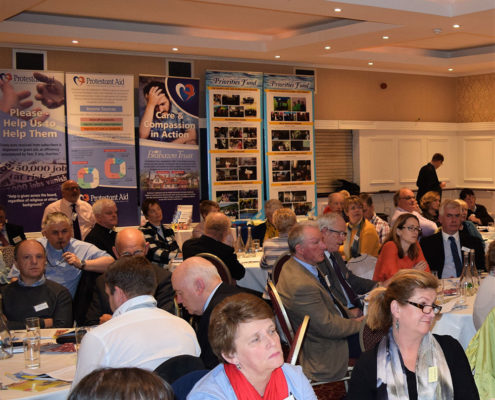 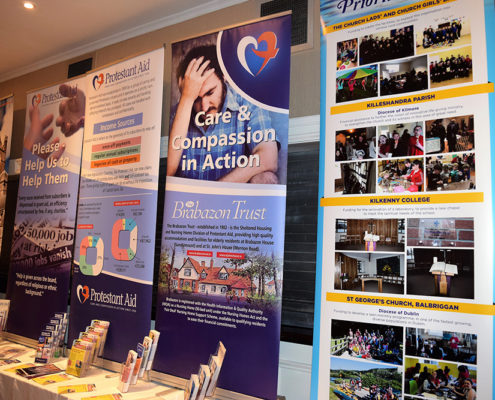 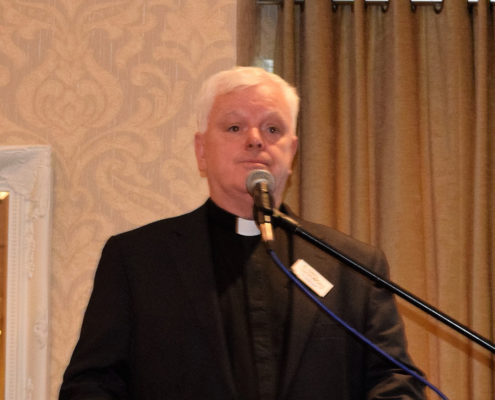 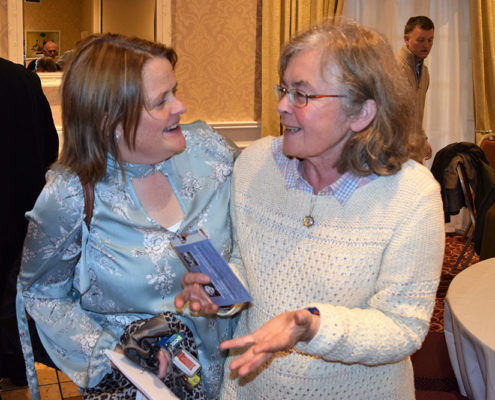 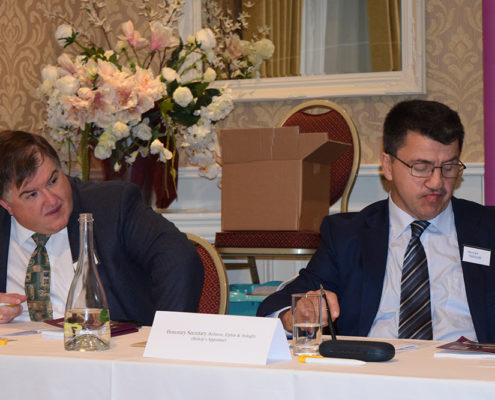 ‘There has never been the slightest doubt in my mind that God who started this great work in you would keep at it and bring it to a flourishing finish on the very day Christ Jesus appears.’       Philippians 1:6 The Message.

The Annual Meeting of the Diocesan Synod of Kilmore, Elphin and Ardagh took place this Saturday 14th October in Carrick-on-Shannon, Co. Leitrim. The Synod was preceded by a celebration of Holy Communion in St George’s Church. Preaching from Romans chapter one focusing on verses 16 and 17, Bishop Ferran Glenfield urged the congregation to stand firm in the Gospel. He reminded the congregation that the Gospel message is for everybody and we have a mandate to share it. We cannot keep it for ourselves. In the Gospel we see God’s power of salvation – His power to liberate humanity and His incredible, astonishing power to turn around lives and churches and transform communities. The business of the Synod followed in the nearby Bush hotel.

In his President’s Address to the Synod, Bishop Ferran noted that there was some statistical evidence of numerical growth in Sunday attendance in the Diocese as measured by the Average Sunday Attendance survey. He noted that some of our churches are bucking a national trend of numerical decline and most are holding their own. However, he noted that the church growth to which we aspire is not limited to numbers. There is also a great deal of evidence across the diocese of growth of depth in the following areas:

Bishop Ferran noted that our aspiration to make the administrative structures of the Diocese relevant, representative and accountable were being fleshed out – most obviously in bringing Kilmore, Elphin and Ardagh together administratively as a single united Diocese. He thanked all those involved for the huge amount of work done to achieve this – particularly Trudi Shiels who helped transition the Elphin and Ardagh finances, Archdeacons Isaac Hanna and Craig McCauley and Honorary Treasurers Des Lowry, William Foster, and Cannon Billy Stafford. Bishop Ferran also introduced Sarah Taylor, our new Diocesan Treasurer and Administrator.

Since last Synod two parish groups become four; Boyle, Riverstown, Swanlinbar and Kildallon will each have their own resident minister. The Boyle group encompasses Methodists and Presbyterians who worship and are involved in congregational life in the town of Boyle. Similarly, we have entered into a Covenant relationship with the Methodist Church in Ireland and Revd. Christiaan Snell, a whole time Church of Ireland clergyman pastors the Longford Methodist Church and the Edgesworthtown group of parishes. At this year’s Synod a motion was passed allowing for the formation of a Union, known as the Ardagh Union comprising of Ardagh, Tashinny, Ballymahon (Shrule) and Kenagh (Kilcommick).

In relation to youth and children’s ministry, Bishop Ferran remarked on the wonderful progress being made by Marian Edwards and Hannah O’Neill, our Diocesan youth and children’s workers and thanked them for their tireless and selfless efforts. He also announced that they will be joined by Erin Moorecroft, a mission partner with CMS Australia in the coming year and that funding has also been made available from the Priorities Fund for youth internships across the Diocese.

Bishop Ferran informed the Synod of two new forms of ministry being developed by the Church of Ireland to meet pastoral and ministerial need. Firstly, Ordained Local Ministry – an unpaid ministry which will be based in a local parish or groups of parishes alongside stipendary and lay ministries. Selection for this ministry will being in 2018 and those selected will begin training in the autumn of next year. The second new ministry initiative relates to pioneer ministry which seeks to identify, train and mentor those who have the desire and drive to start fresh expressions of church.

Bishop Ferran thanked the ministry team in KEA for their selfless service for the Lord and appealed to everyone to support and encourage them in their work. He noted the considerable number of vacancies in the Diocese over the last year and thanked those clergy and lay ministers who provided pastoral oversight and conducted Sunday worship. This year we said farewell to some of our clergy; Canon Bertie Kingston, Canon Ronnie Bourke and Revd. Brendan McCarthy and we will shortly say farewell to Canon Sandra Lindsay who will retire after many years of faithful service across the Diocese. It is wonderful to welcome the Revd. Ruth West to the Killesher group, Revd. Simon Scott to the Kildrumerton group and Revd. Edward Yendall to the Boyle group. We congratulate Revd. Sean Hanily from Roscommon who was ordained recently to serve in Dublin diocese.

Bishop Ferran also paid tribute to our lay ministers, both Diocesan and Parish readers. This year Steve Frost was licensed to serve as Diocesan Reader and Damian Shorten, Ruth Galbraith and Ed Smyth were licensed to serve as lay pastors. Frances Good retired from active service and there was a special event in Arva to mark this occasion.

Bishop Ferran noted that much had been achieved as we journey together towards realising our Diocesan Vision of what we aim to be like in 2020. In this triennial Synod he acknowledged all those who have served their parishes and diocese in various capacities over the past three years. He also wished those who will serve for the next three years the guidance and power of the Holy Spirit. He informed the Synod that in the next few years he wished to focus on pastoral and missional work and said that he intended to visit every Parish Group in the next year to see what God is doing and to get a sense of how they are realising the 20/20 Vision.

Following the Presidential address, the Synod heard greetings from Father Gerard Comiskey and Bishop Kevin Doran from the Roman Catholic Church. Mr David Ritchie, the Chief Officer of the RCB shared a very useful overview of the work of the RCB and the resources they have made available online to parishes. The Synod also heard a wonderful report on the work of yKea from the Diocesan Youth Council which encouraged partnership between families, homes, churches and schools as we seek to share our faith with younger generations in our local parishes. Rita Day from the Bishops’ Appeal shared a presentation on how funds from our local churches have made a difference to places in need around the world. Mary Geelan, also gave a report on the work of the Mothers’ Union and played a video, produced by MU Ireland, giving a snapshot of some of the work that they are doing in their communities.

The Diocesan Synod noted the absence of George Argue, a long-time member of Synod who passed away earlier in the year. We were also deeply saddened by the death of Canon Liz McElhinney and we send our sympathies to both their families. Maud Cunningham was also absent from this year’s Synod as she was still recovering from a recent operation. We wish her a speedy return to full health!