On 25th November, St Catherine’s Church Ballymahon was packed as it hosted a Regional Songs of praise to ‘make a joyful noise to the rock of our Salvation’ (Psalm 51:1). The service was organised and led by Ruth Galbraith and Canon Trevor Sullivan from the Ardagh Union who were joined by clergy and parishioners from the Athlone Group of Parishes (Meath and Kildare), the Mullingar Group of Parishes (Meath and Kildare), the Roscommon Group of Parishes (Kilmore, Elphin and Ardagh) and priests from Tang and Forgney Churches in the Diocese of Meath as well as from Ballymahon, Killashee, Abbeyshrule and Carrickedmond in the Diocese of Ardagh and Clonmacnoise. It was a congregation transcending dioceses and denominations singing their hearts out praising God.

Rev. William Stacey (Athlone Union of Churches) gave the address. The music for the evening was provided by Lesley Denniston on the keyboard and the Huston Trio (Harry Huston on guitar and Jenny and Mervyn Huston on violin). Ballymahon has recently installed a sound system and the service was an excellent way to mark its first use. It was an uplifting, joyous evening of marvellous singing and it was very special to see such a great response from local parishes and their clergy. 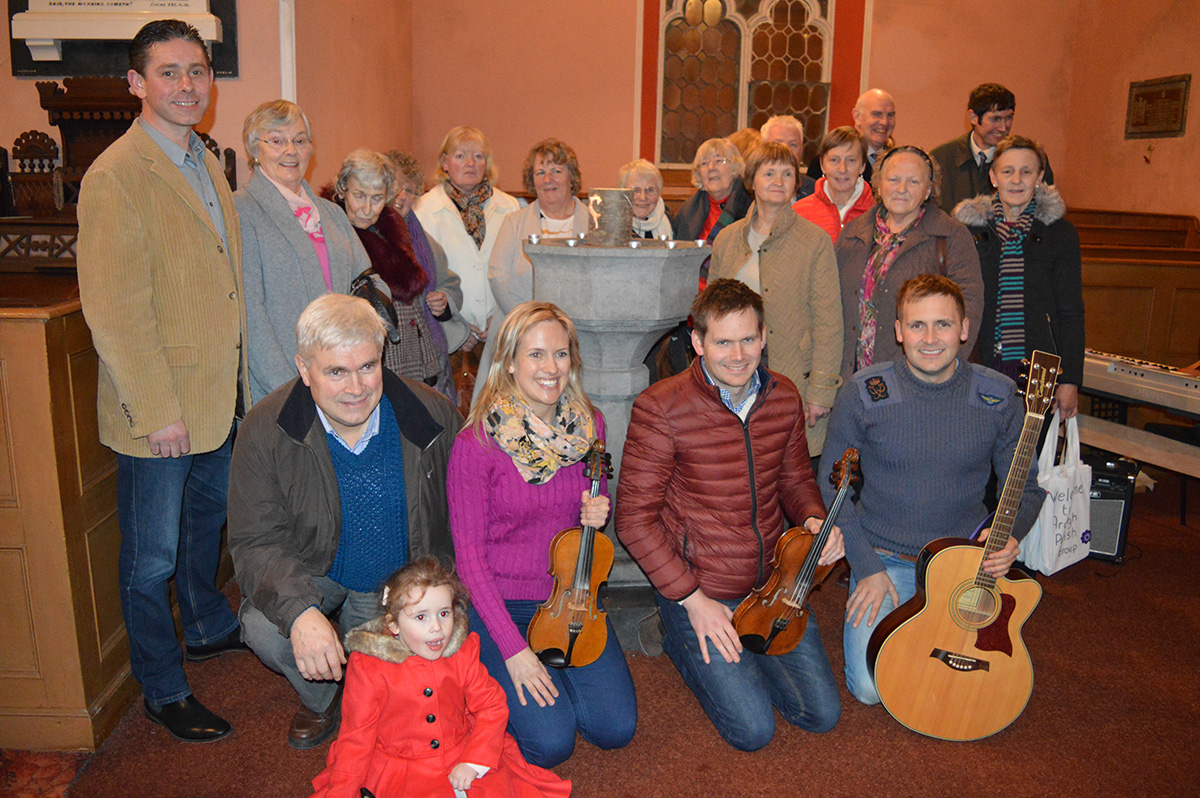 The Huston Trio with members of the congregation 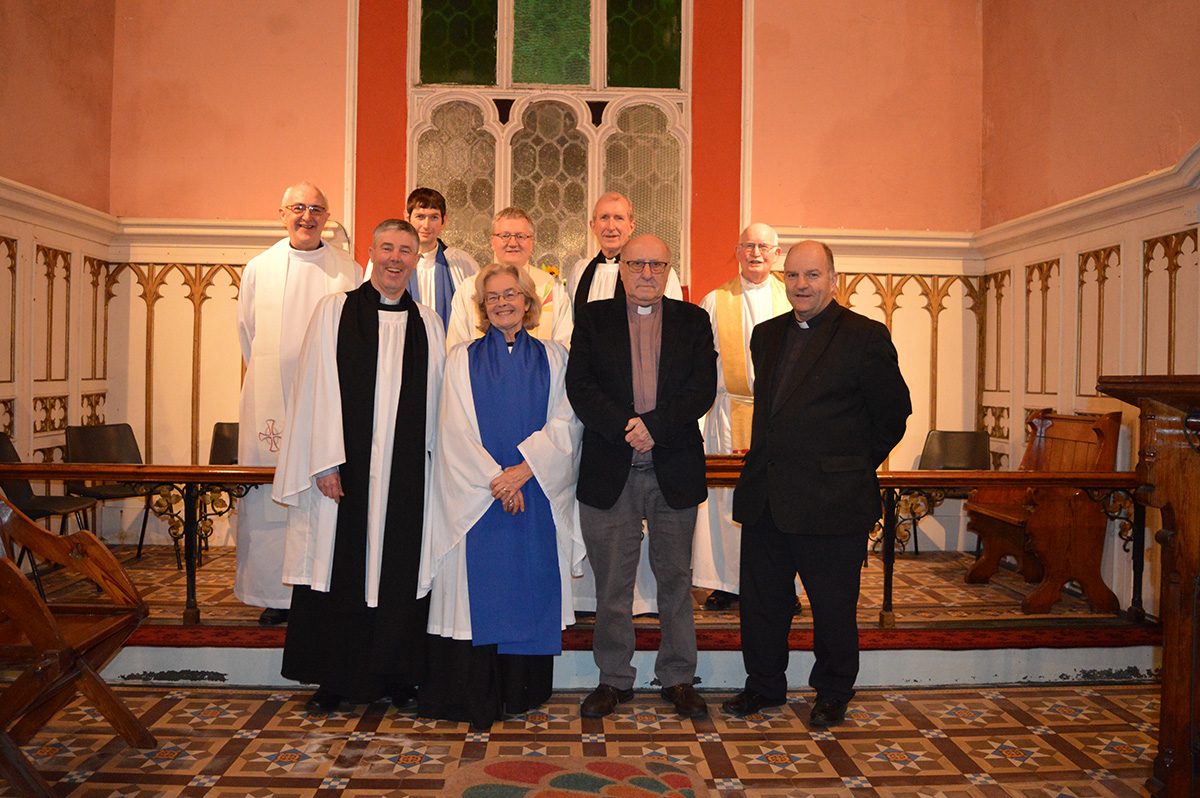 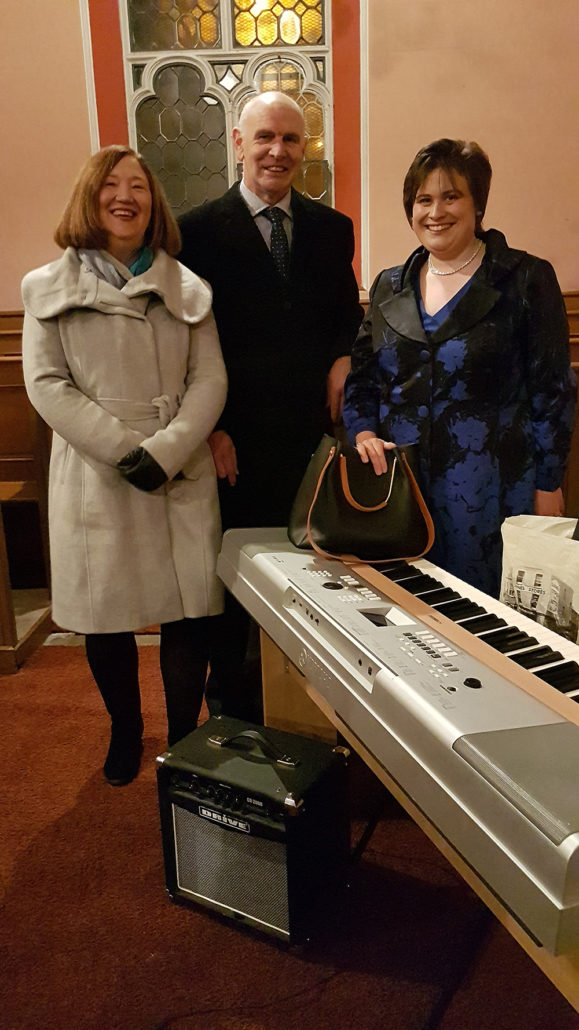