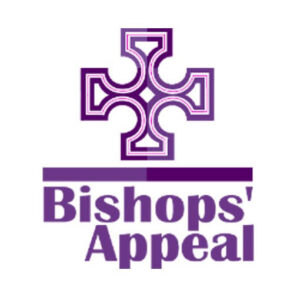 This disaster comes when the whole country was already on its knees due to its worst financial crisis in decades and its struggles to contain a rapidly increasing coronavirus outbreak (see report from the Washington Post at this link).

Added to this, Lebanon has taken in 1.5 million refugees since war erupted in neighbouring Syria in 2011. Syrian refugees make up 30% of the country’s population, the highest per capita concentration of refugees in the world.

Bishops’ Appeal has long supported Christian Aid and Tearfund partners in Beirut, in their work with vulnerable communities, not least people living with disabilities, people who are refugees, people who have or are exposed to gender-based violence, and people in need of basic humanitarian assistance such as food and shelter.

Already in April of this year, Christian Aid partner Basmeh & Zeitooneh (Smile & Olive) reported that they had spoken to families who at that early stage (of lockdown) were already reporting having no food, not even bread in their homes. Basmeh & Zeitooneh now reports: “Now, the food crisis will deepen further. The grain stores in the port are completely destroyed. The port is the entry way for Lebanon’s grain imports; they import 90% of their grain for the staple Lebanese bread.”

Bishops’ Appeal has already funded the provision of emergency supplies and increased food and hygiene parcels for people who were destitute because they lost their casual labour jobs during lockdown.

Now, as Christian Aid and Tearfund partners assess the damage and the needs, Bishops’ Appeal extends the opportunity to all parishes and individuals who wish to contribute to these vital efforts to do so via Bishops’ Appeal. Donations can be made online or sent to Bishops’ Appeal, Beirut Response, Church of Ireland House, Church Avenue, Rathmines, Dublin, D6.

Tearfund church partners in the Beirut ask for our continuous prayers, saying: “Eyes on the Lord, hand to the plough, with faith that He will guide us to safe shores.”

Thank you for your support,