You are here: Home1 / News & Events2 / Lissadell Church to be featured on RTE1’s Nationwide Programme 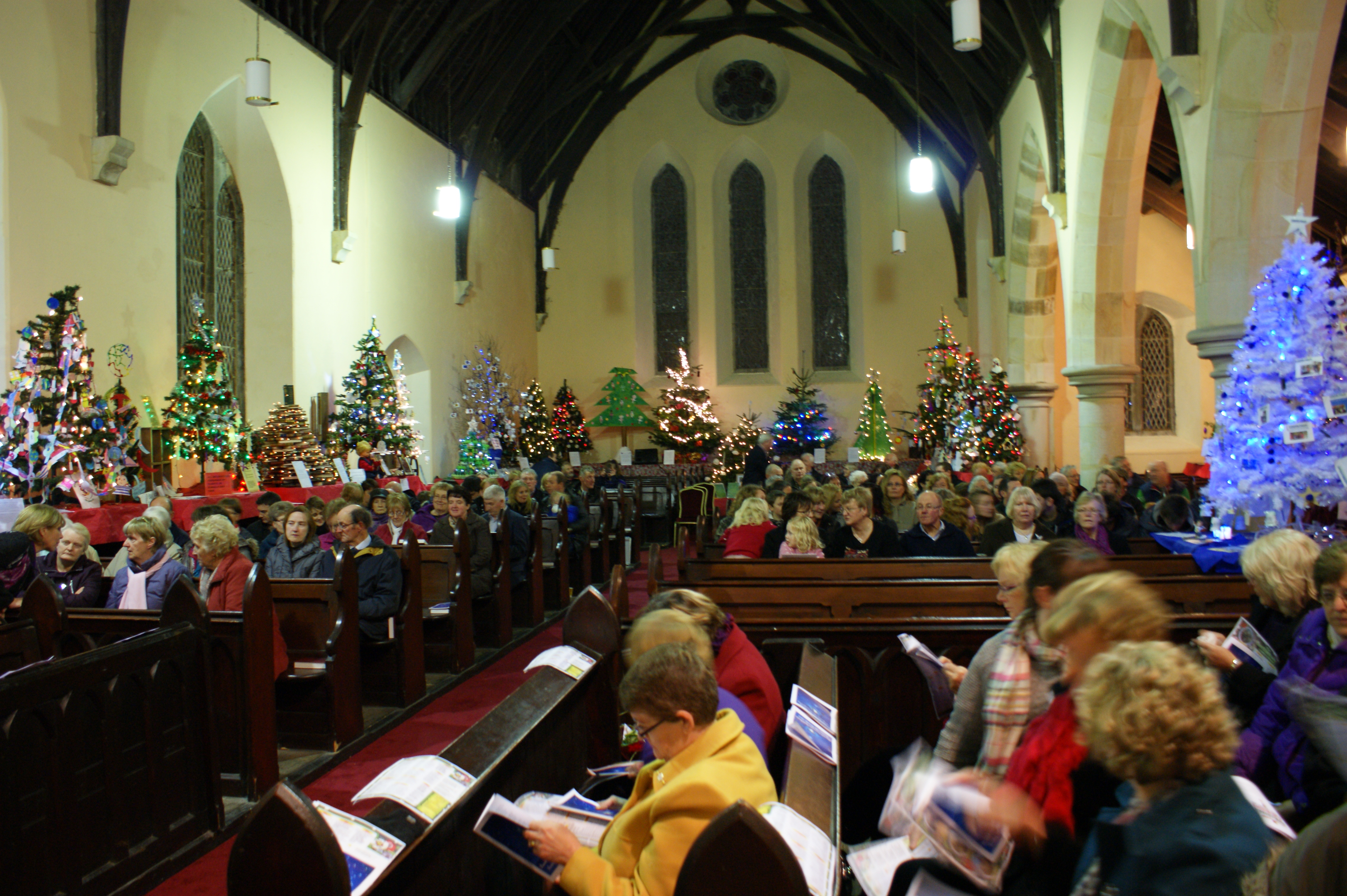 Lissadell Church, in the Diocese of Elphin, recently hosted a successful Christmas Tree Festival and Craft Fair weekend.  An estimated two thousand people visited the church and adjoining Lissadell Centre over two days to enjoy the spectacle of over fifty Christmas trees, every one carefully decorated by local church organisations, schools, community groups and businesses.  Each tree gave an insight into the character and work of those who had prepared it, and highlighted their creative skills.  Many visitors also availed of the opportunity to write down a personal prayer and add it to a special prayer tree in the church.    The weekend concluded with a well attended cross-community Carol Service on the Sunday evening.  The Bible readings were read by local politicians, teachers and Scout leaders, while the carol singing was led by the award winning Murley Silver Band from Fivemiletown in Co Tyrone.  Prayers were led by local clergy from both the Church of Ireland and the Roman Catholic church.  In all, more than €6000 was raised over the weekend, which has been divided evenly between Acquired Brain Injury Ireland and parish funds.

Speaking after the event, the Rector of Lissadell, Archdeacon Ian Linton commented, “We are thrilled at the way in which the local community responded and came together for such a memorable weekend.  This is perhaps the first time we have ever had to transport people by bus to allow entry to Lissadell Church!  We feel privileged to have had the opportunity to retell the Christmas story in Lissadell, with the church building looking its very best.  We are also very pleased to support the important work of Acquired Brain Injury Ireland, whose work enables people with neuro-rehabilitation needs to maximise their abilities and enhance their life experience in the community.”