On Saturday 28th November women and men from across the Diocese of Kilmore, Elphin and Ardagh gathered in St George’s Church, Carrick-on-Shannon, Co. Leitrim for a prayer vigil organised as part of the Mothers’ Union All-Ireland ‘16 Days of Activism against gender based violence’.

It was one of 15 vigils being held across all twelve Diocese of the Church of Ireland as a powerful gesture of solidarity with women at home and across the world who are suffering at the hand of gender based violence.

Worship was led by Revd. Linda Frost, Joy Little (MU KEA President) and Dean Arfon Williams and Bishop Ferran Glenfield. The speakers on the day were Niamh Wilson from the Domestic Violence Advocacy Service Sligo (DVAS), Tina Horton from the Sligo Rape Crisis Centre, Patricia O ‘Reilly from Roscommon SAFE (Domestic Support) and Mary McSharry from Invisible Traffick. A prayer tree was used as part of the vigil to facilitate prayers for justice and peace for women who live in fear of violence.
The organisers were grateful to Deputy Frank Feighan, Senator Pascal Mooney and Cllr. Marie Casserly who were there to express their support for the vigil which aimed to raise awareness and pressurise governments to take action. 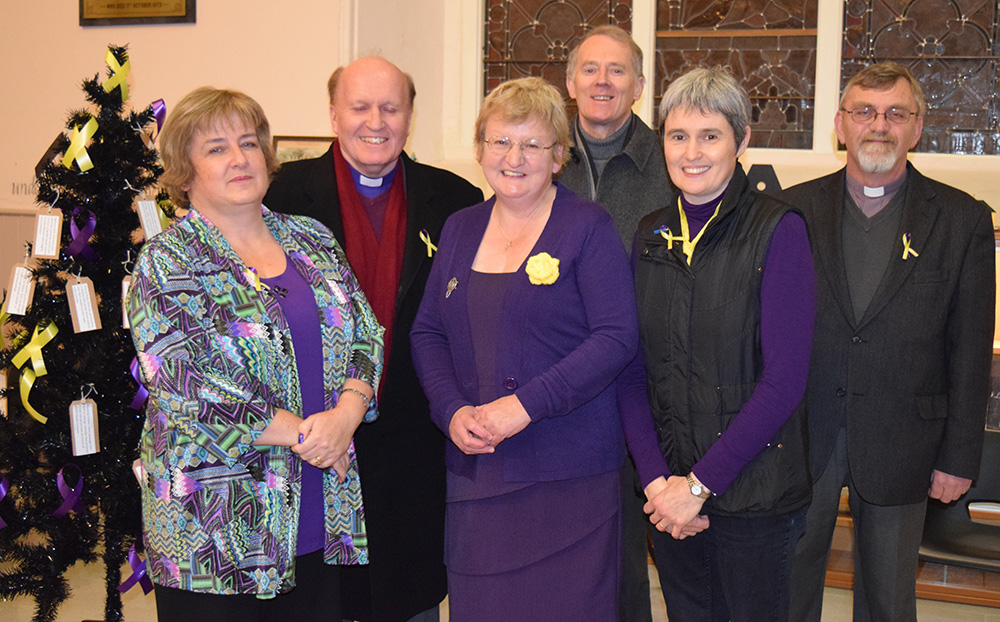