To mark the 5th annual Day of Prayer for Young People and Youth Ministry, instigated by the Church of Ireland Youth Department, and set for the Sunday before Lent by the House of Bishops, a gathering for prayer was held on Sunday 3rd March in St. John’s Church, Longford. Attended by people of all ages from local parishes, as well as others from across the Diocese of Kilmore, Elphin & Ardagh, an encouraging time was had.

A simple Service of the Word provided the structure for the evening, led by Mr. Damian Shorten (Diocesan Youth & Children’s Coordinator for Elphin & Ardagh), with music led by Mrs. Yvonne McHugh on the keyboad, along with a visiting band from Longford Methodist Church, made up of some teenagers singing and playing the violin, organised by the Rev’d. Christiaan Snell and Mrs. Dianne Clendenning (who also sang and played guitar). Bishop Ferran Glenfield preached from Luke 9, vv. 28-36, unpacking what we can learn about prayer from this account of our Lord’s Transfiguration. We reminded that prayer brings us in touch with an unseen world – the world of the Spirit; in prayer we enter the timeless realm of eternity – God is the God of the past, the present, and the future; and prayer is a conversation – speaking to the God who speaks to us today through his Word, and who in the Transfiguration said ‘“This is my Son, my Chosen; listen to him!”’ (Luke 9, v. 35)

Having been ‘energised’ by the Word read and preached, we then set time aside for what we gathered for: prayer! There was opportunity for people to pray for young people and youth ministry in different ways: silent prayer, prayer with others, or by engaging with different prayer stations set up around the church (many of them inspired by CIYD’s recent prayer booklet for the Day of Prayer). Having engaged with prayer individually and personally, the congregation were led in liturgical prayer by some young people from Church Street Youth (CSY), the youth club in Longford Parish. As we concluded, Bishop Ferran encouraged and challenged those present to continue in, or to take the first step into, the adventure that is prayer and following Christ, an adventure which requires courage and fellowship in our world today.

Following the time in the church, the congregation moved down the street to Church Street Hall to share in pizza as well as other refreshments provided by parishioners, and enjoyed a time of connecting and reconnecting with others. Thank you to all those who played any part in making this new event such a success; success seen most clearly in the highlighting of and engagement with prayer which was exhibited throughout the evening. 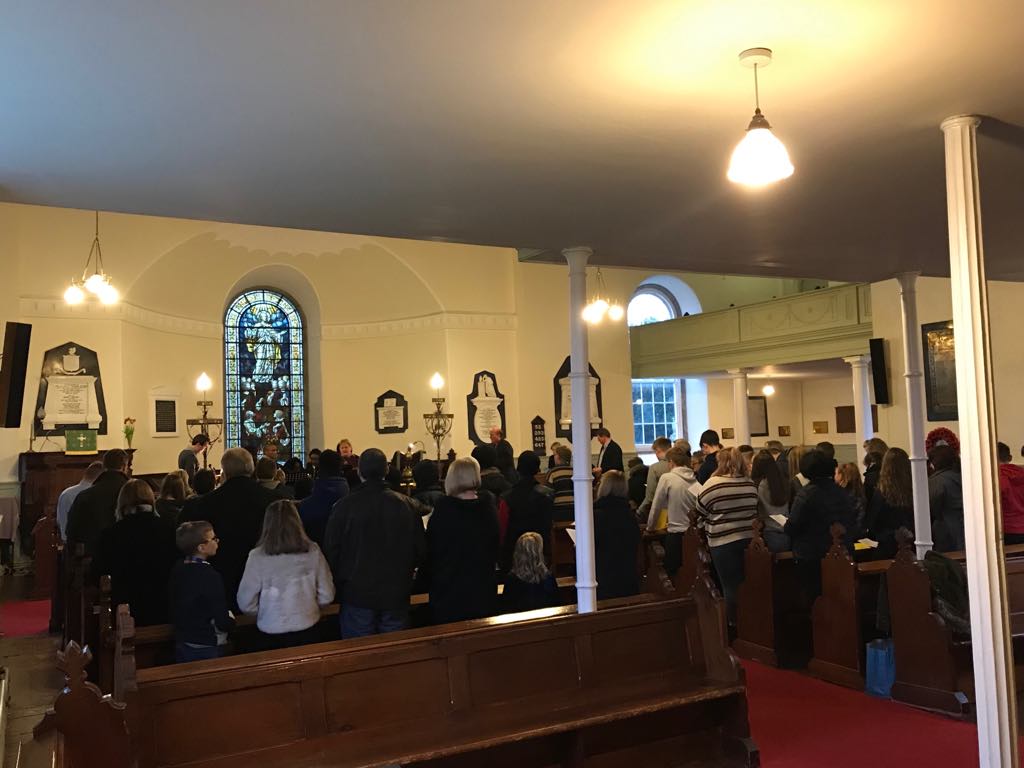 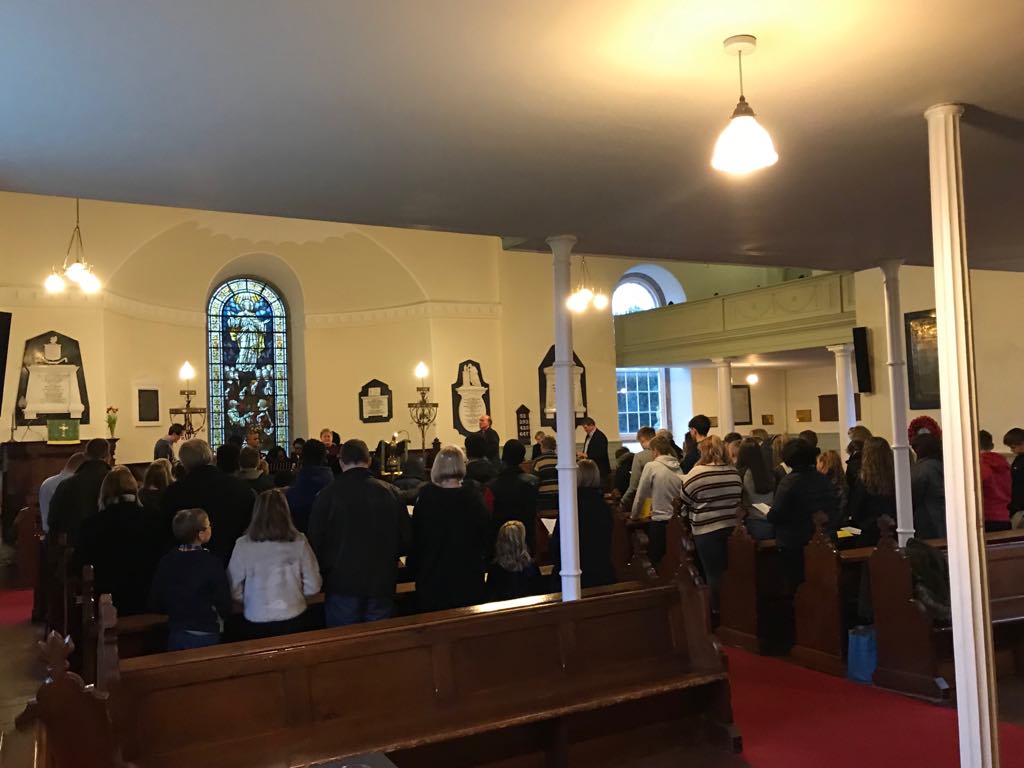 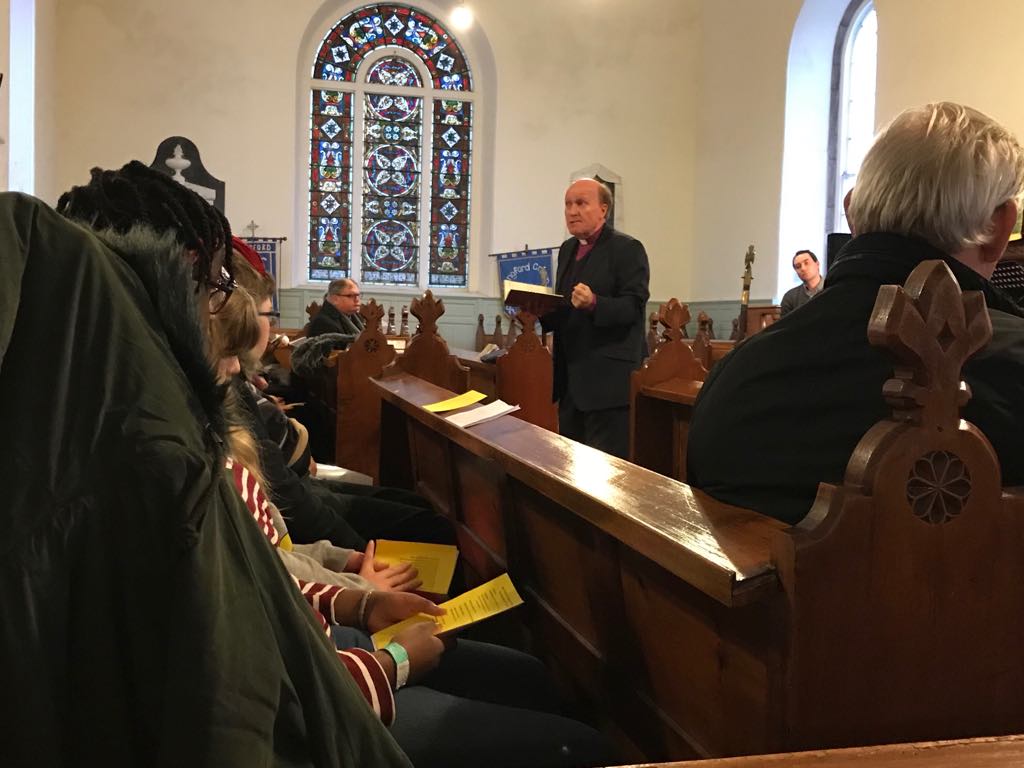 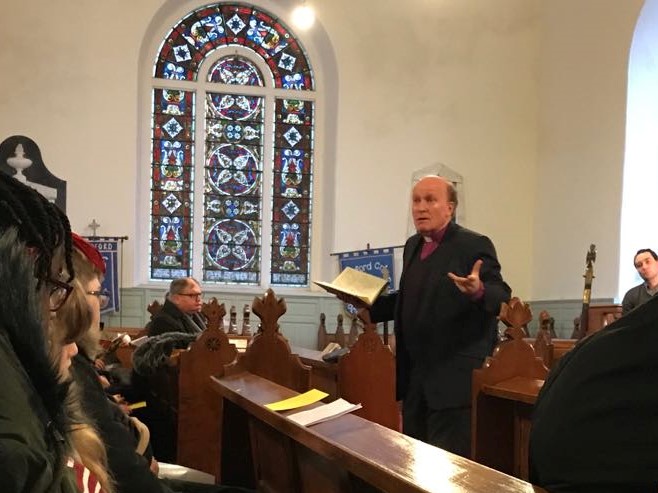 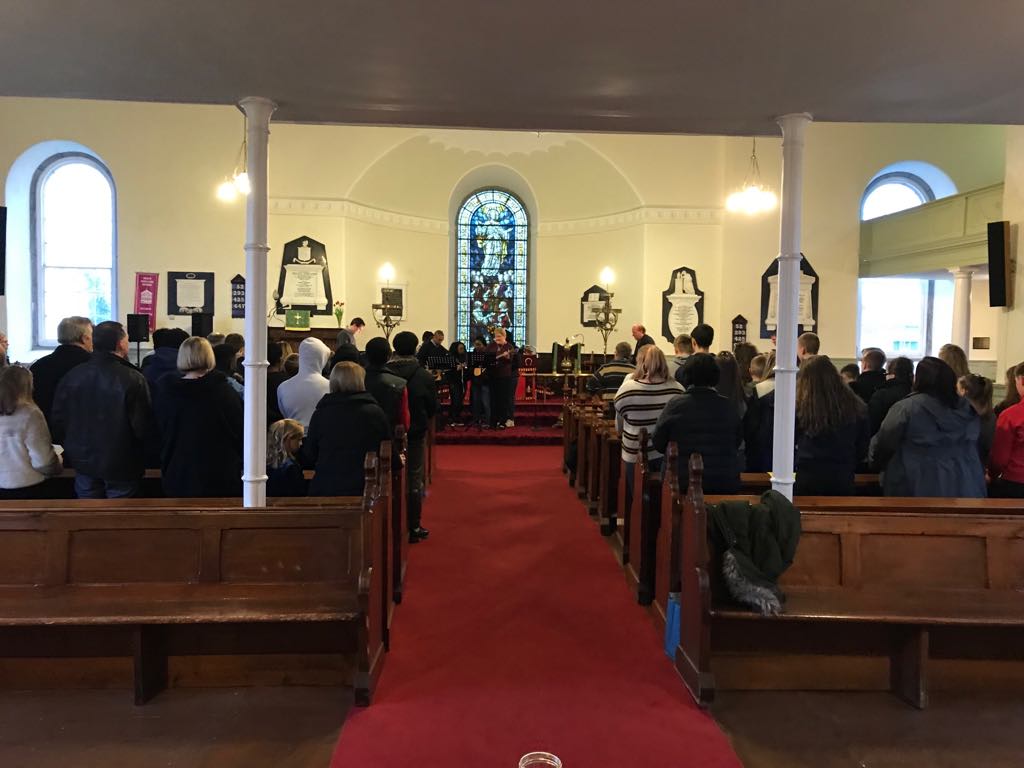 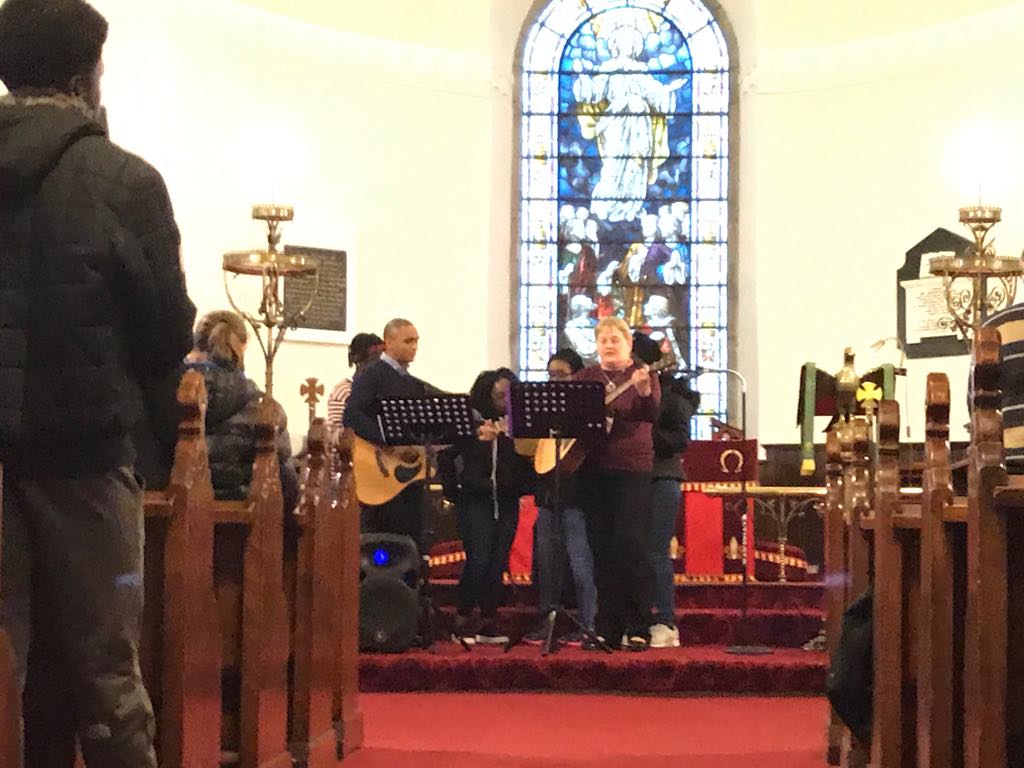 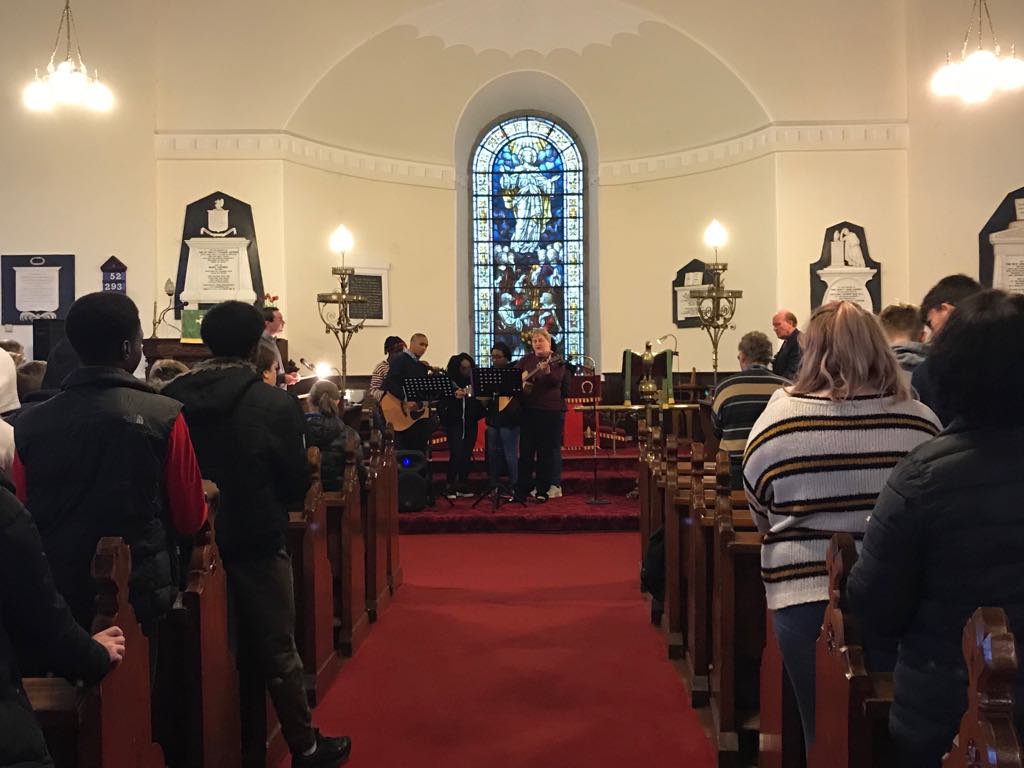 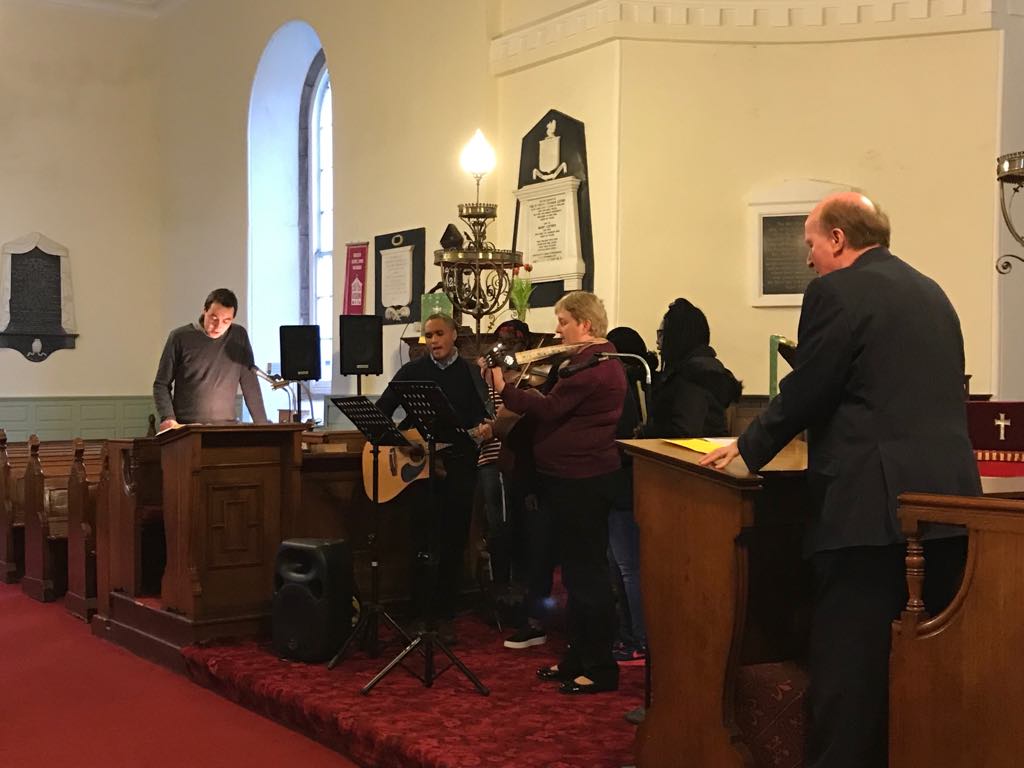 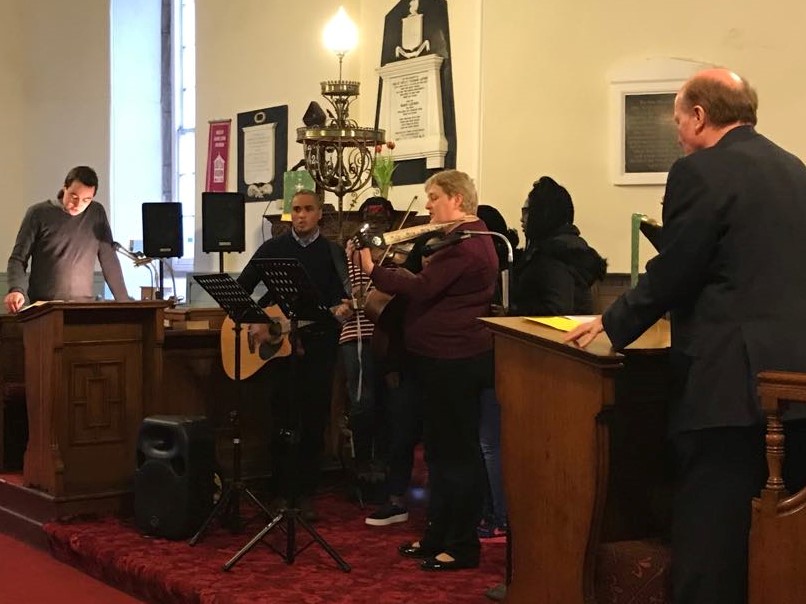 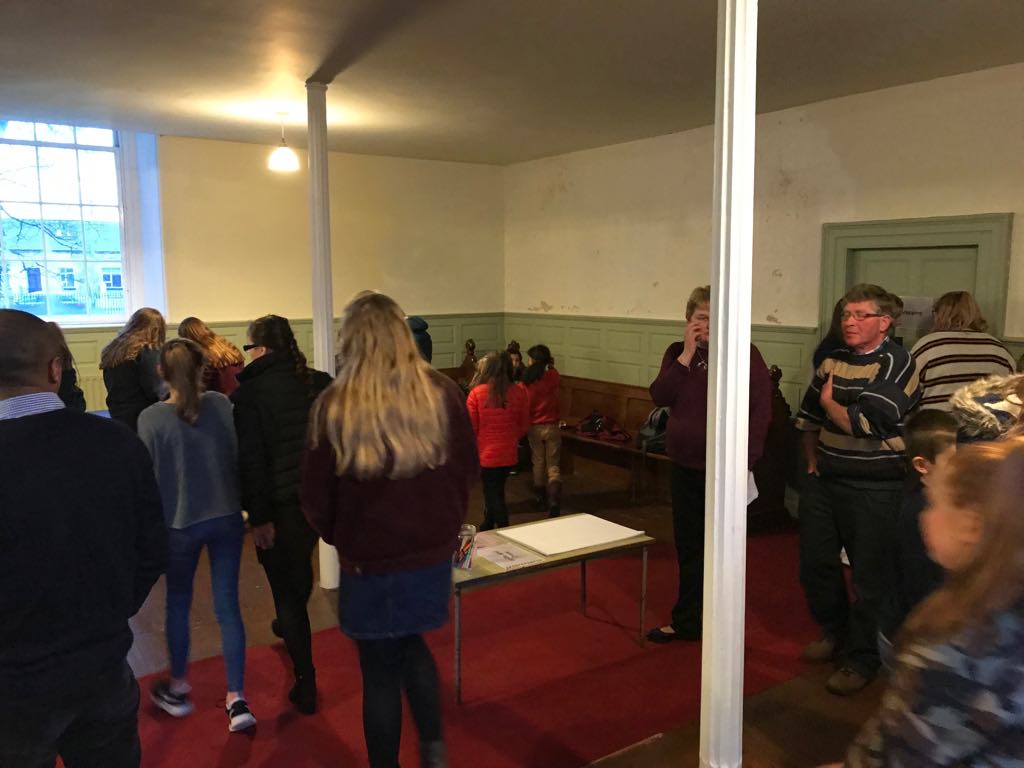