On Friday morning, Revd. Alastair Donaldson (Rector of the Kinawley& Holy Trinity Group of Parishes) finished a 760km run from Malin Head, the most Northerly point of Ireland to Mizen Head, the most southerly point as part of his Run4Christ evangelistic running initiative. The run began on the 1st July and will included 24 running days and 4 rest days.

Run4Christ combines Revd. Alastair’s twin passions of running and evangelism. The aim of Run4Christ is to share the good news of Jesus with the people of Ireland. In 2013, when Revd. Alastair was 31, he ran approximately 1298 miles around the circumference of Ireland. Many lessons were learned during that time but it was also a time of great blessing. This year, Revd. Alastair has reached the ripe old age of 40. While he has regularly run marathons and ultramarathons, its fair to say that it hasn’t gotten any easier! He is very grateful to the team of van drivers, physios, runners and prayers who supported him on the way as well as for the many friends and churches who supported with practical needs like accommodation and meals.

If you would like to find out more info on Rev. Alastair month long adventures head over to  ‘Run4Christ Ireland’ on facebook. 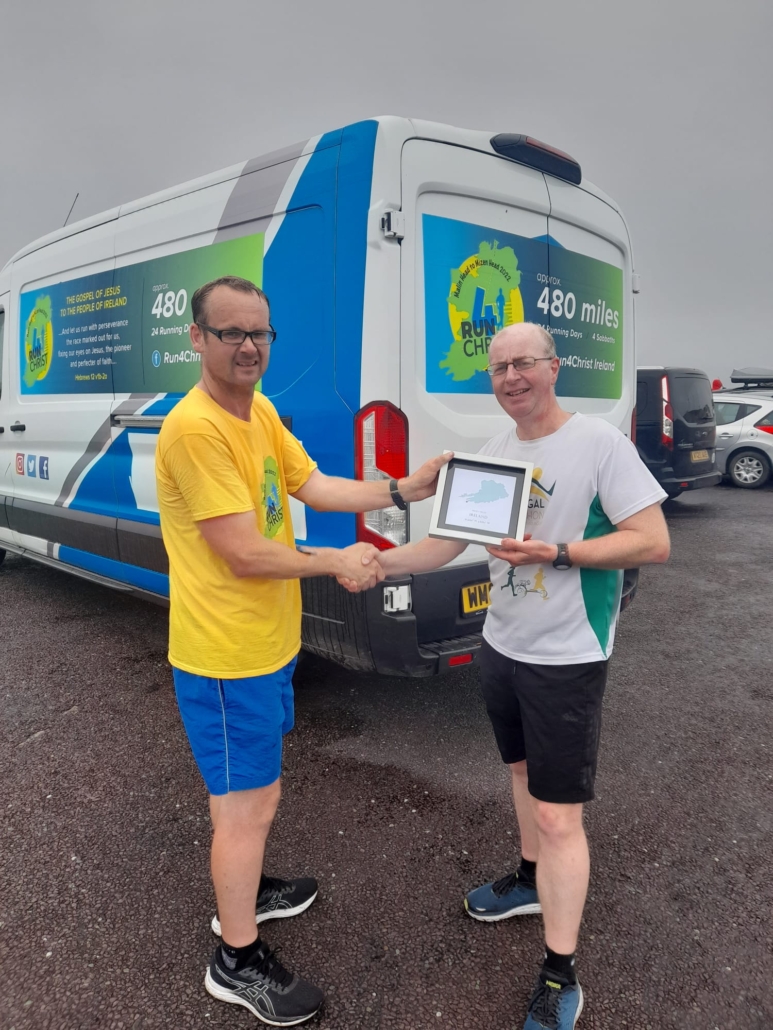