On Tuesday 9th of May the Mothers’ Union held a Day of Celebration and Thanksgiving in Carrick-on-Shannon. Members and friends joined All-Ireland President, Phyllis Grothier in a service of worship led by Bishop Ferran Glenfield. During the service, three candles were lit to celebrate “13 Decades of Love and Service”. The first candle was lit by Cynthia Poyntz (Kilmore) to symbolise God’s presence with us in the past. A second candle was lit by Liz Wray (Elphin) to symbolise God’s presence with us in the present. A third candle was lit by Margaret Sides (Ardagh) to symbolise God’s presence with us in the future. Our first reading from Micah 6:6-8 was read by Phyllis Grothier, All-Ireland President and our second reading from John 12:20-26 was read by Hazel Speares, Diocesan President. Intercessions were led by Mary Geelan, Charlotte Browne and Sophia Whyte. During his address, Bishop Ferran’s remarked on the sense of faith and thanksgiving as the Mothers’ Union celebrate their renewal together. He noted the ongoing work of MU in Ireland and Worldwide and he encouraged those present to continue following in Mary Sumner’s footsteps as they move forward prayerfully in Faith and Action.

Following the service, there was an opportunity to visit the Costello Chapel in the heart of Carrick-on-Shannon. In the late 1800’s Edward Costello built this chapel as a memorial and burial crypt for his beloved wife Mary Josephine. This chapel is the smallest in Ireland.

Lunch was enjoyed by all in the Bush Hotel. Leila Beattie made a beautiful cake especially for the occasion. Everyone present got celebration chocolates and a key-ring to mark our special day.

After lunch, the guest speaker, Lady Eames, spoke of Annabelle Hayes who brought MU to Ireland. The Mothers’ Union has now spread throughout each diocese and Lady Eames noted the signposts which have guided the organisation to the present day and into the future. The first signpost is VISION, meeting and praying together and planning ahead. The second signpost defines MU through prayer and projects. She emphasised the importance of friendships as a gift from God to be nurtured and never to be under-estimated. In conclusion, Lady Eames spoke about Praise, Thanksgiving and Celebration for the past, the present and the future.

All branches represented brought a display of photographs and memorabilia which created great interest as members reminisced on past activities. 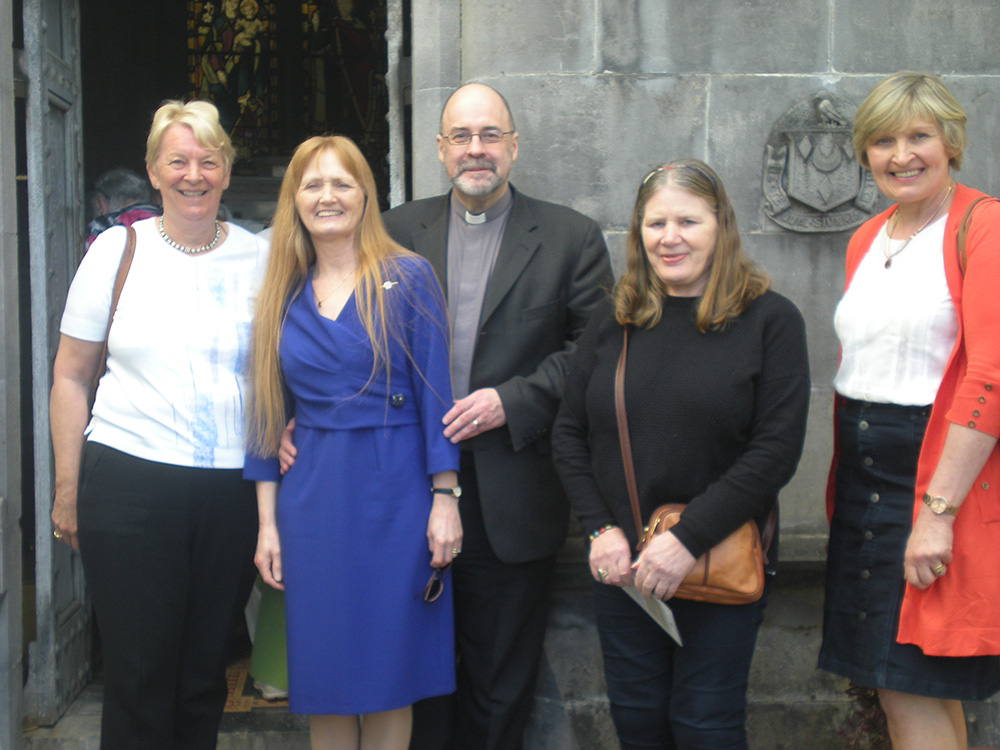 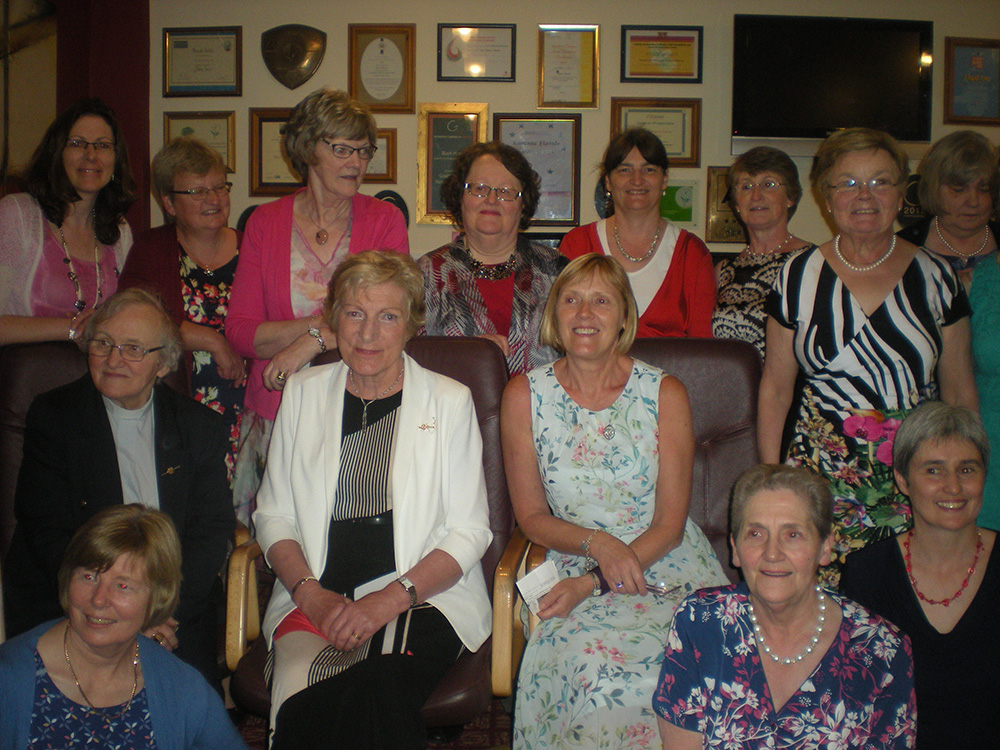 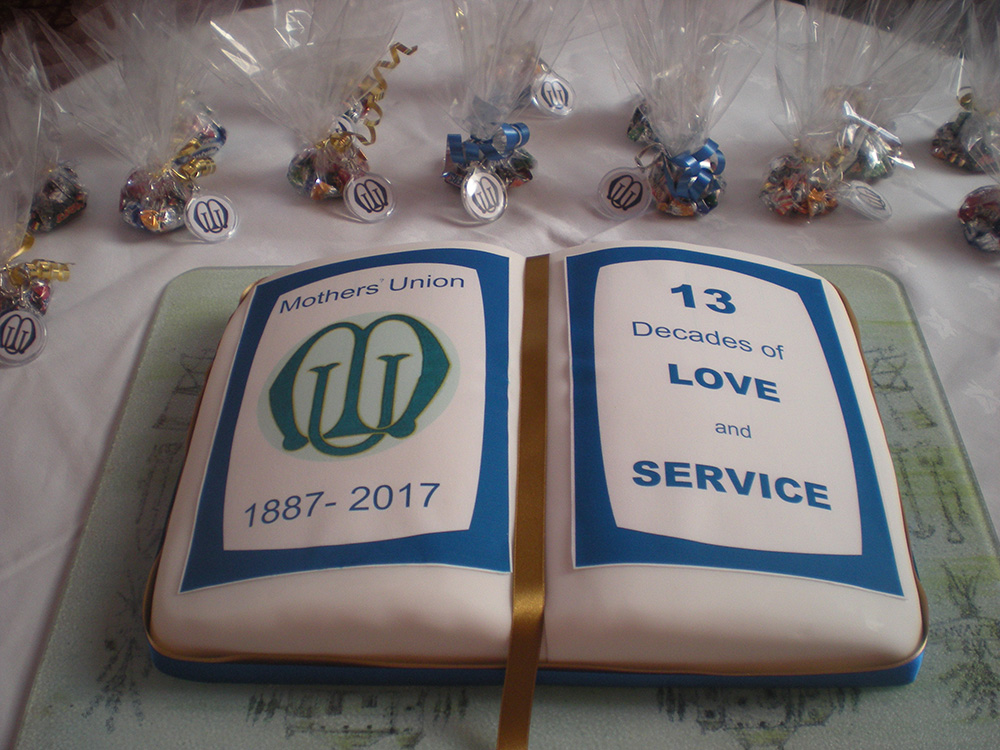 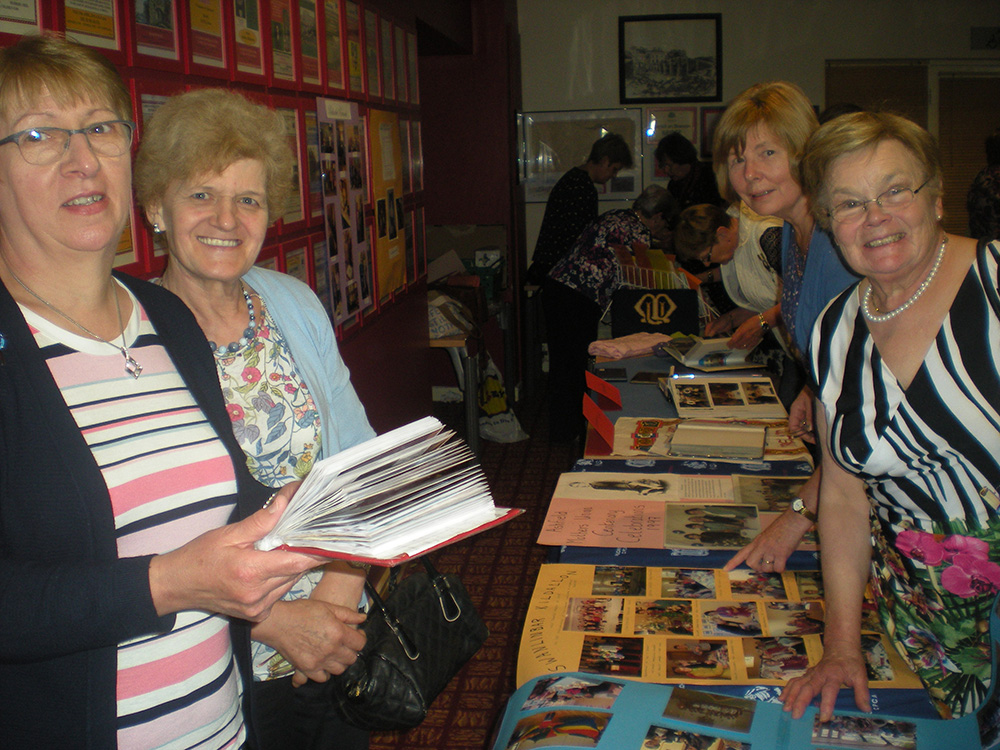