This Sunday, the 9th of January, the Venerable Patrick Bamber and the Venerable Hazel Hicks were installed as Archdeacons of Elphin and Ardagh respectively at a service held in the Cathedral Church of St. Mary the Virgin and John the Baptist. Canon Linda Frost, Canon Andrew Ison and Canon Christiaan Snell were also installed as Prebendaries of the Cathedral at the same service.

The modern dioceses of the Church of Ireland, including Kilmore, Elphin and Ardagh, were formed at the Synods of Rathbreasail in 1111 and Kells-Mellifont in 1152 and united in 1841.The two Diocese of Elphin and Ardagh were joined together in 1929 but, last year, the Diocesan Synod and the Standing Committee of the General Synod backed a proposal to separate the Dioceses once more. This created two separate Archdeacons for Elphin and Ardagh. It is, therefore, the first time in almost a century that Elphin and Ardagh will each have their own Archdeacons. A historic moment in the story of our Diocese!

Over the last decade the number of clergy, laypastors, parish groups and mission centres in the Diocese of Kilmore, Elphin and Ardagh has grown. Clergy, lay pastors, evangelists and parishes need good administration and resources to work effectively and so the installation of Hazel Hicks and Patrick Bamber in their new roles alongside the Archdeacon of Kilmore, the Ven. Craig McCauley is to be welcomed. Speaking of their appointment, Bishop Ferran Glenfield remarked that he believes that these three archdeaconries will become vital recovery vehicles for parishes and the diocese in the post-Covid landscape.

The address at the service was given by Archdeacon Craig McCauley who preached from Isaiah 43 and Acts Chapter 8. In his sermon, he spoke of a God who has changed history and has changed our history through Jesus Christ. He challenged the congregation saying that ‘we, in response to God’s grace, must ask how he can use our story, our circumstances, our words, our deeds, our actions, our skills, our passions, our jobs, our places of leisure, our prayers to potentially change stories around us by pointing others to Jesus’. He noted that although the new Canons and Archdeacons would be taking on new functional roles within the diocese they were to keep doing what they were already doing so well – pointing people and drawing people to Jesus.

The service also served as an opportunity to mark the achievements of our Ordained Local Ministers as they received their Certificates in Theology validated by Queens’ University Belfast. The Diocese congratulated Rev. Albert Dawson, Rev. Stephen Frost, Rev. Adam Norris, and Rev. Edmund Smyth, on the completion of their Ordained Local Ministry studies and is enormously grateful for all they bring to the Diocese. 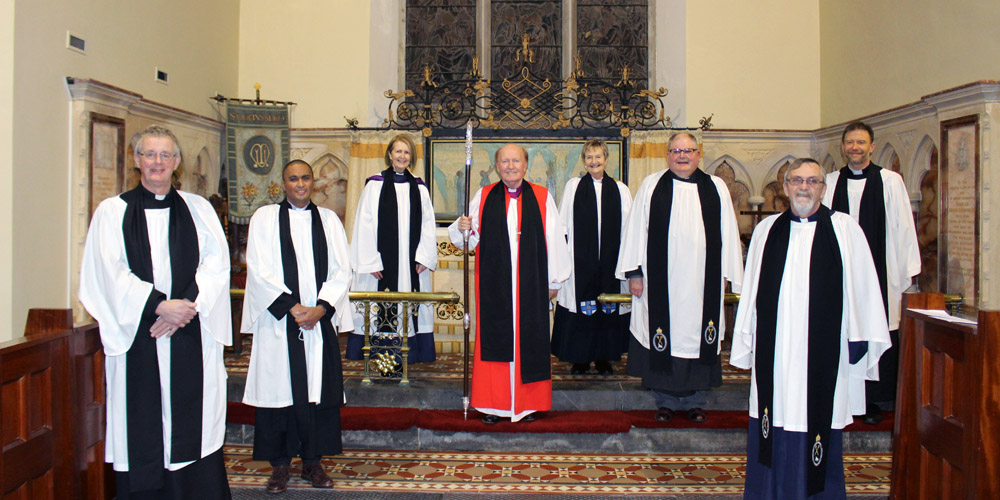 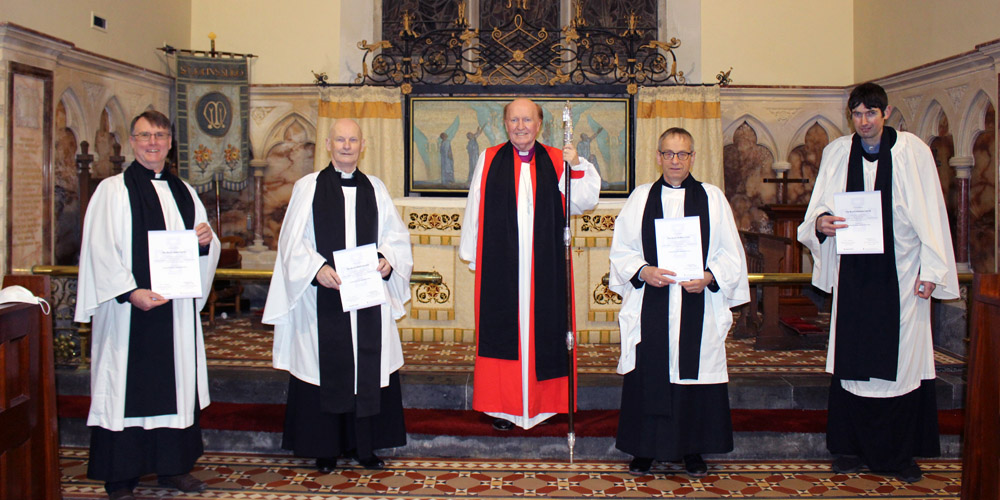